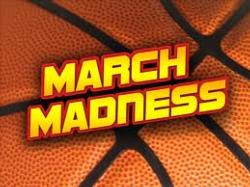 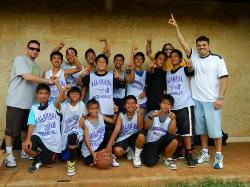 Saturday - Mar. 3rd - The Kalakaua Junior Varsity Team showed that they got what it takes!  They finished their last game of the season UNDEFEATED against a tough Anuenue team with a final score of 39-36!  Congratulations to the boys and their coach Mr. Luis Santos!  Click here to see pics of the game.
Saturday - Feb. 25th
Kalakaua Junior Varsity pulled off dominating win over Niu Valley Middle School with a score of 42-12.  The Varsity team also was able to add another "W" to their season record with a 44-40 final score over Niu Valley Middle School.  Congratulations to both teams!
Saturday - Feb. 18th
Kalakaua Junior Varsity pulled off a 15 point win over Kaimuki Middle with a score of 54-39.  Mr. Passantino owes them some burgers!  The Varsity team was not as fortunate with a loss to Palolo, 50-23, followed by another loss to Holy Family 46-40.  Click here to see pics of the games.
Saturday - Feb. 11th
Kalakaua JV played Washington Middle School.  Both teams played well offensively and defensively but KMS JV was able to pull off a win 37-31. The KMS Varsity had an unexpected double-header to play when another team didn't show up on Saturday.  They dominated Stevenson Middle in the first game they played with a very confident 37-26 win.  Playing a second back-to-back game proved to be too much for our Varsity team as Kaimuki Middle also had some towering 6 foot players.  The final score was 35-14, Kaimuki Middle with the win.  To see pics of this past Saturday's games, click here.
Saturday - Feb. 4th
The Kalakaua basketball team played against a very aggressive Kaimuki Middle!  While Kalakaua was leading most of the game, Kaimuki Middle was able to tie the game at 25-25 late in the second half making things a little more interesting.  Kalakaua's awesome rebounding both offensively and defensively kept Kaimuki Middle at bay.  The final score was 29-25 Kalakaua!
Saturday - Jan. 28th
Kalakaua Middle School had their basketball season opener.  The Varsity team played Stevenson Middle School and the Junior Varsity team played Mililani Middle School.  The varsity team put forth a valiant effort but lost 38-27.  The junior varsity team had a great team win with a final score of 32-25.
KMS Basketball Season
January 28